When entrepreneurs from medium-sized companies think about the successor of the company and the transfer of business assets to a possible successor, a donation often comes into play in addition to the classic sale. If the tax aspects of company succession are not sufficiently taken into account, the transfer can be quite expensive. Only a qualified tax advisor is familiar with the administrative jungle: inheritance tax and capital gains, pension payments and deductions, real estate transfer tax, allowances and so on. Ultimately, only a tax consultant can avoid unnecessary taxes in the event of company succession.

“Do I really need a tax advisor when handing over my business?”

Handing over your own company to a successor must always be well planned. It is important to contact the tax consultant early on, before the handover begins, as he acts as the planning and control body for the handover. 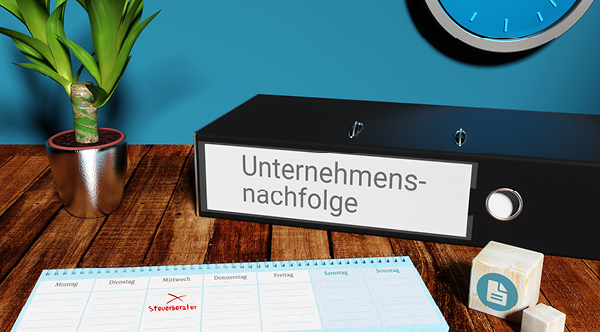 The tax consultant as a "project companion" throughout the succession cycle.

When handing over the company, it is always important to examine all aspects in detail, and a tax consultant can certainly help with this. Through experience from other projects, the tax consultant knows exactly what to look out for. The numerous existing publications of the IHK do not replace individual and personal advice.

Not only can the tax aspects be well examined and explained in an individual meeting, future planning is also an important issue in the area of succession. A comprehensive economic list by the tax consultant forms the basis for further planning and further action. Due to these values and goals, which vary from case to case, there is also the opportunity for the successor to benefit from the tax consultant’s contacts. Contacts to funding programs or financing can help the successor to consolidate his own position in the market. In the course of planning for the future, it is also important to consider the possibility of changing the legal form. Here the tax consultant can develop an individual concept with the successor, which also creates the optimal framework conditions for the successor. 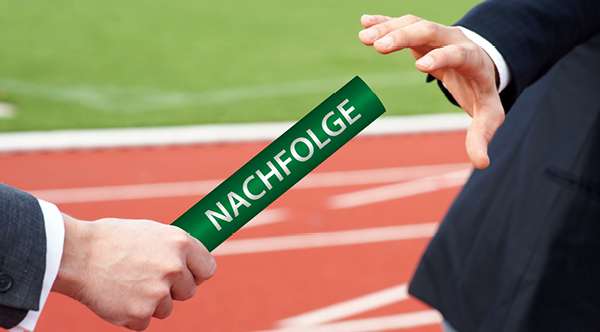 The aim of company succession is to ensure that the company is transferred as smoothly and tax-free as possible.

In addition to the goal that the company continues to exist and that the successor survives well, the consultant also takes care of the tax aspects of the handover. Of course, the tax consultant works to ensure that the company succession is tax-free. For this purpose, however, the tax consultant must be contacted before other consultants, notaries or lawyers are involved. Various pitfalls can lead to gift or inheritance tax being incurred, but the consultant can protect himself from this if he is involved in the process early enough.

Even if the business is handed over free of charge, gift tax or inheritance tax may apply. For this purpose, the consultant evaluates the company at current market values, which then form the assessment basis for the transfer to the successor. However, just because the market value in the first move exceeds the allowance of €400,000.00 (to descendants) does not mean that taxes are due. The company value is tax-privileged, which means that the tax exemption remains even with a higher market value.

Of course, a paid or partially paid succession also leads to income taxation. In this case, the taxpayer makes a capital gain. However, there are also various models here, whereby the tax consultant can help determine whether, for example, a one-off payment, a pension model or an installment model is more worthwhile. It is also possible that the unpaid company succession triggers income taxes for descendants. This happens above all if the tax consultant was not involved in the process in good time, such as in the case of an existing business split.

Dissolution of the business split

The most common reason for problems with company succession arises from the mere handover of the company in the event of a company split. If the operational business is located on a property that is privately owned by the selling entrepreneur, action must be taken accordingly. This is quite often the case when it comes to a GmbH, where the shareholder holds 100% of the shares and is 100% the owner of the property on which the company is located. The transfer of the Shareholder shares thus trigger withdrawals from the business operation according to § 15 EStG. Hidden reserves are thus revealed, since the property and the shareholder’s shares have to be taken over as private assets at market value. In this case, the taxpayer must then calculate a withdrawal profit and also pay tax on it. The rental in this example is income from commercial operations according to § 15 EStG according to § 21 (3) EStG, for this reason the property and the shares in the corporation are part of the business assets. 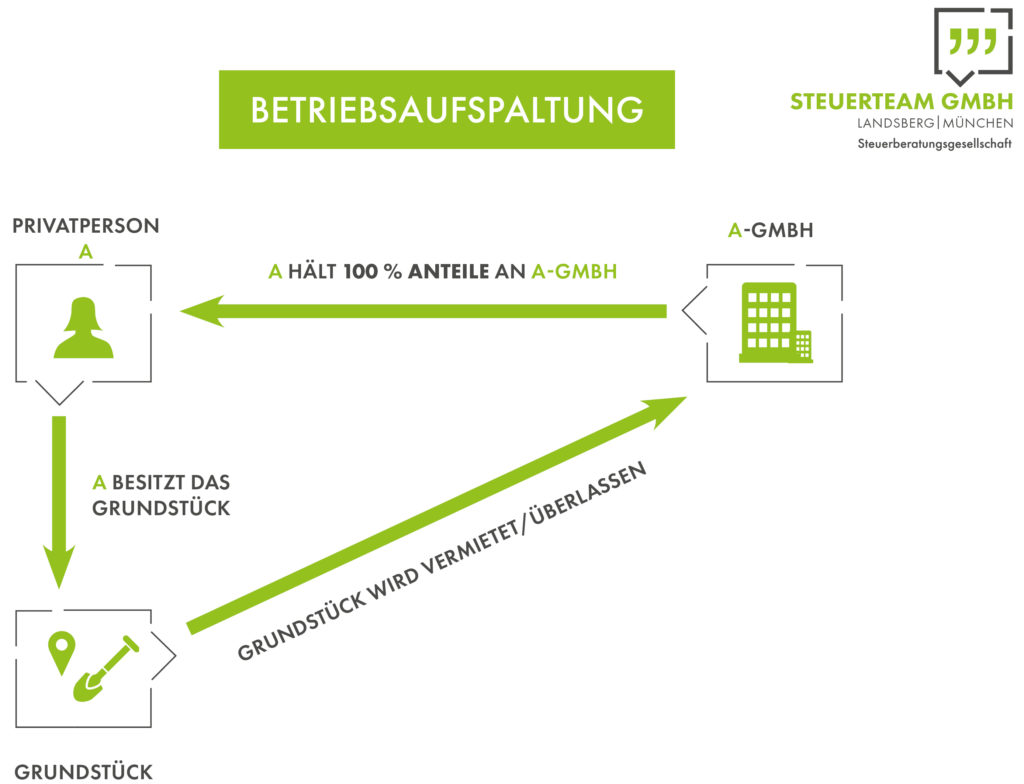 When handing over to the successor, it is often not considered that various renovation and modernization expenses are incurred. Businesses that have been family-owned for a long time are particularly susceptible to this. Particular attention should also be paid to whether there may still be liabilities and loans from the past. In addition to the loans that have already been repaid, new liabilities would have to be taken out, for example to maintain the machines or to buy new ones.

Here the consultant can intervene by analyzing the previous course to avoid possible unintentional over-indebtedness or insolvency.

So if you are considering passing on the business as a whole, you should consult a tax consultant at an early stage for your own safety.

The tax team in Landsberg has already supported many entrepreneurs and companies in the tax planning of company succession. With competence and creativity, we are guaranteed to find the best solution for your successor with the greatest possible tax optimization.

Talk to us using our contact form or simply pick up the phone (08191 9170-0) and ask for our consulting specialists for corporate tax succession.

Cash check by the tax office